In parts of the Faroe Islands it rains 300 days a year, a national dish is wind-dried fermented mutton and the population of 50,000 people is outnumbered by sheep. Transforming this archipelago between Shetland and Iceland into a mainstream tourism destination was never going to be easy. However, the Faroese pride themselves on inventiveness and practicality, qualities that have seen tourist numbers increasing 10% a year over the past five years. In part, it’s down to the work of Guðrið Hojgaard, director of the island’s tourist board, who has been selected by Politico as one of the 28 people most likely to “shape the world in 2019”.

Hojgaard is behind the idea that the Faroes “will be closed from 26-28 April”, except for the 100 tourist volunteers who will be given free board and lodging in return for helping with practical projects to improve facilities for the 60,000 visitors who now choose the Faroe Islands for a holiday. The idea (more information at preservefaroeislands.com) is that tourists and locals collaborate on marking paths, creating signs and improving access to beauty spots that have become a success on Instagram. Lord of the Rings-style mountains, cute puffins and shaggy, shaggy sheep that come in dozens of different shades have made this a favourite destination for social media influencers. They fall for its quaintness: turf-roofed houses, dramatic waterfalls and misty Avalon-style landscapes.

Getting people to notice the islands has been a mission for Hojgaard and her team at Visit Faroe Islands. They came up with a successful campaign entitled Sheep View, which had sheep running around the islands with a camera strapped to their backs in an effort to persuade Google to include the islands in its Street View search facility. It worked: the archipelago is now on Google Street View and the tourist board won awards for what marketing experts say was the tourism industry’s most successful viral campaign – more than 5 billion online hits. Last year, they came up with another viral campaign, which featured islanders translating phrases live for anyone around the world who wanted to hear a local speaking to them in Faroese.

The result of all this is that many Faroese people want to make sure the destination doesn’t start suffering from the over-tourism that has seen Iceland buckle under the strain of hosting more than two million visitors each year. The Faroes’ 18 islands are nowhere near suffering the same fate but in summer it’s hard to get a hotel room. Two new hotels are under construction in the tiny capital, Tórshavn, and the national airline Atlantic Airways has announced it will be flying three times a week to Paris in high season. It flies twice-daily to Copenhagen already, twice-weekly to Edinburgh and three times a week to Iceland.

As for that wind-dried fermented mutton, it’s quite tasty once you get used to eating meat with a decidedly cheesy flavour. “We want people to experience the genuine culture of the Faroes,” says Hojgaard. “And wind-dried lamb is one of our national dishes. It’s important to us that we don’t change who we are just because more outsiders want to experience out natural, unspoiled environment.”

The new campaign is as much about getting Faroese people behind tourism as it is about getting tourists to do something useful when they visit. Maybe, it’s the Viking ancestry that makes the Faroese so practical, although the Nordic invaders weren’t especially famed for their hospitality; they were good at making a life on remote rocky islands in the North Atlantic, though. 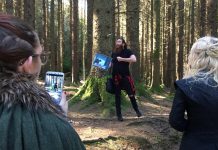 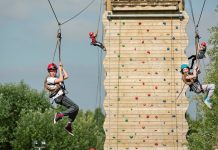 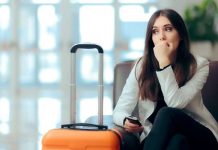 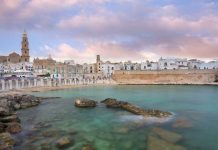 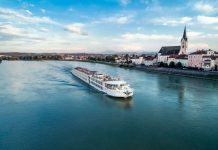 I Switched Out Cereal for Oatmeal for Breakfast — Here’s What...

Why it pays not to tip beer dregs down the sink

Why wild swimming in depths of winter is the new natural...

Emily Willis - October 29, 2019
0
We use cookies to ensure that we give you the best experience on our website. If you continue to use this site we will assume that you are happy with it.OkPrivacy policy